Sadly, Natasha Richardson died after her simple ski accident on a “bunny hill” in Canada. After spending a day in a Canadian hospital with only observations, she was rushed to a well-equipped New York hospital where it was discovered the 45 year old was brain dead. 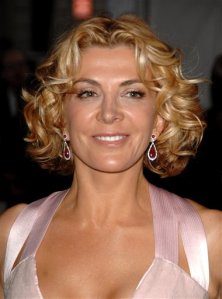 Why wasn’t there a scan and X-ray? The normal procedures in a head trauma. The blood could have been drained and prevented her death. That is a snapshot of what socialized health-care is about. Basic services. Get to a U.S. hospital as soon as possible.

Helmets will become much more popular on the slopes. Nationalized healthcare will still be on Obama’s agenda. The media will not go there.

But of course, citizen journalists will.

Despite spending more on health care than any other industrialized country in the Organization for Economic Co-operation and Development (OECD) except Iceland and Switzerland, Canada ranks poorly in several categories according to a new study by the Fraser Institute.

With regard to age-adjusted access to high-tech machinery, Canada performs dismally by comparison with other OECD countries: